2021 marks an important year in the calendar at Teasses as we celebrate 25 years since the current owners purchased the Estate and made it their home [you can find out more about the last 25 years at Teasses here]. Hand in hand with the purchase of the Estate, came the establishment of a very successful shoot at Teasses, which has grown through the years in the care of Kenny, our Head Gamekeeper.

To acknowledge this important milestone it seemed only appropriate that Teasses should have its very own Shooting Club. The Club was launched in recognition of the kind support of our clients many of whom return, year after year, to enjoy the sport and the unique company of “shooting enthusiasts”. The Club strives to create an opportunity for like-minded people to connect and build a community of country pursuits aficionados.

Teasses hosted its Inaugural Shooting Club Day on Saturday 22nd May – and we could have not asked for a better day indeed! After weeks of interminable rain, hail, frost and wind, the sun was shining upon Teasses, lifting everyone’s spirits. The Inaugural Day was the perfect opportunity for the team to showcase our Simulated Game Days, an activity many of our members hadn’t had the chance to experience before and thoroughly enjoyed!

Simulated Game Days offer out-of-season practice (and fun!), as well as guaranteed targets. Club Members were kept in the “hot seat” – especially when someone decided to turn up the traps’ speed on the second drive! Members shot in pairs, with one shooting, one re-loading to spread the enjoyment and encourage participation. Barrels ran hot and luckily, extra cartridges were on hand.

We are proud that the Inaugural Day was a success as well as a testament to all of the team’s hard work – on the day, but also in the last 25 years. 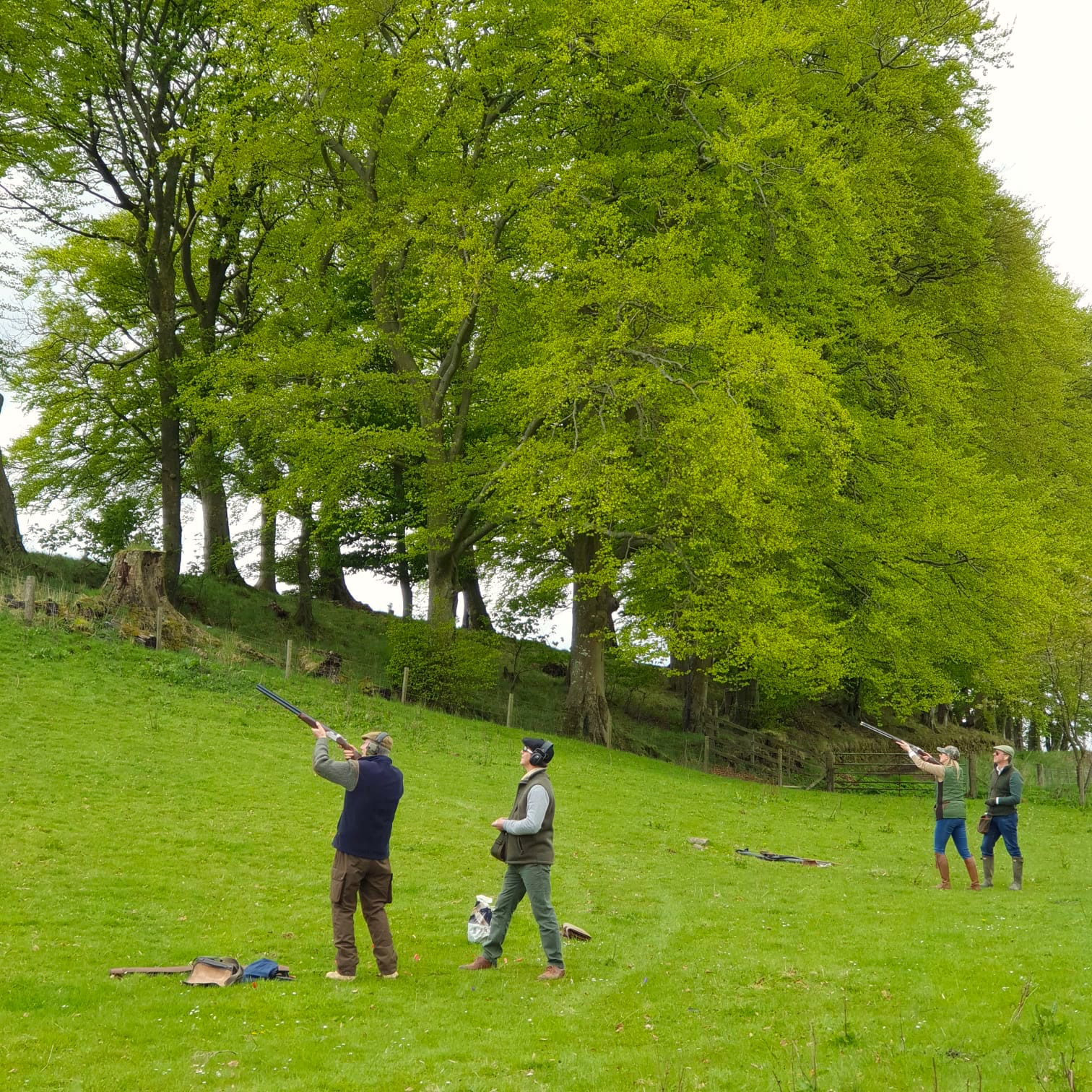 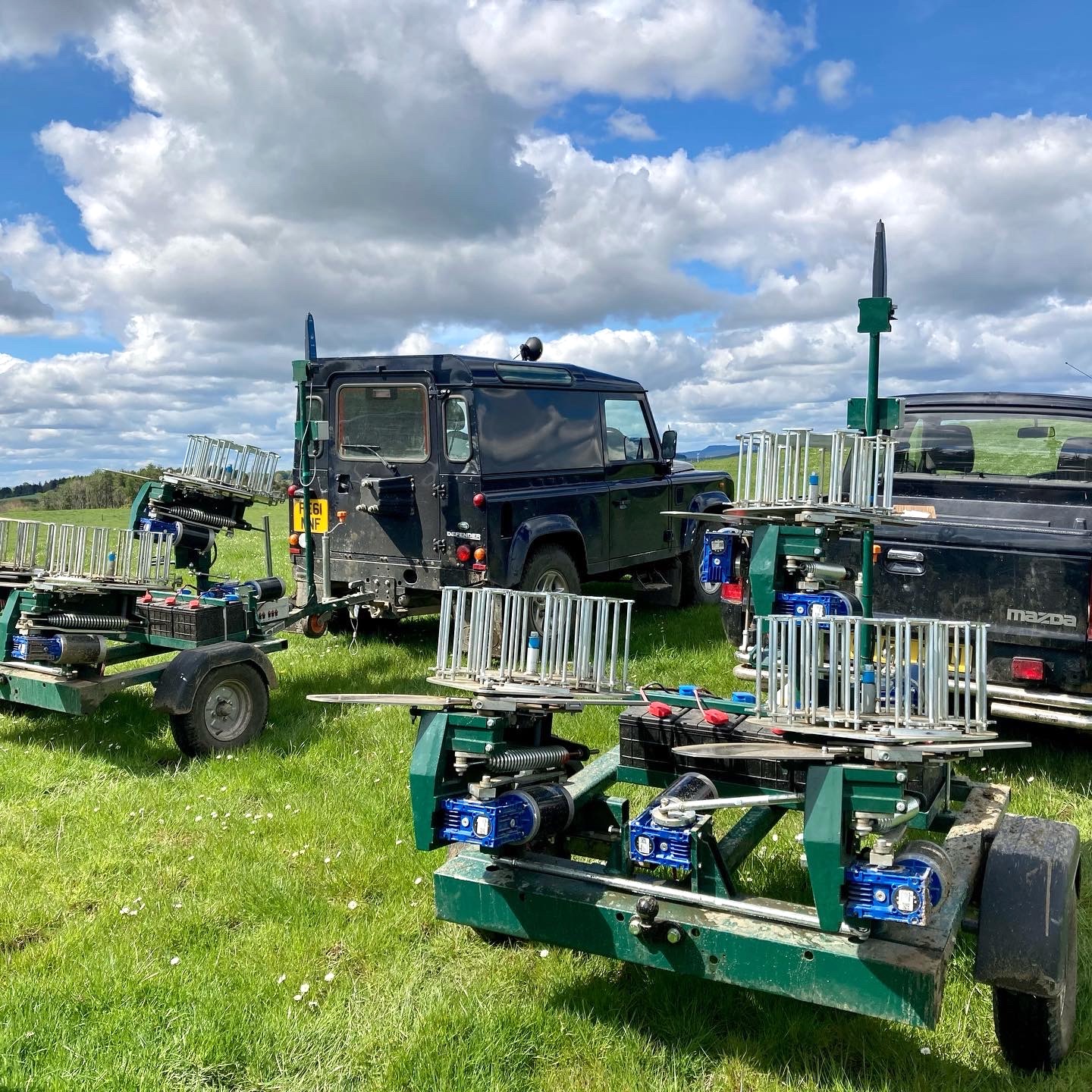 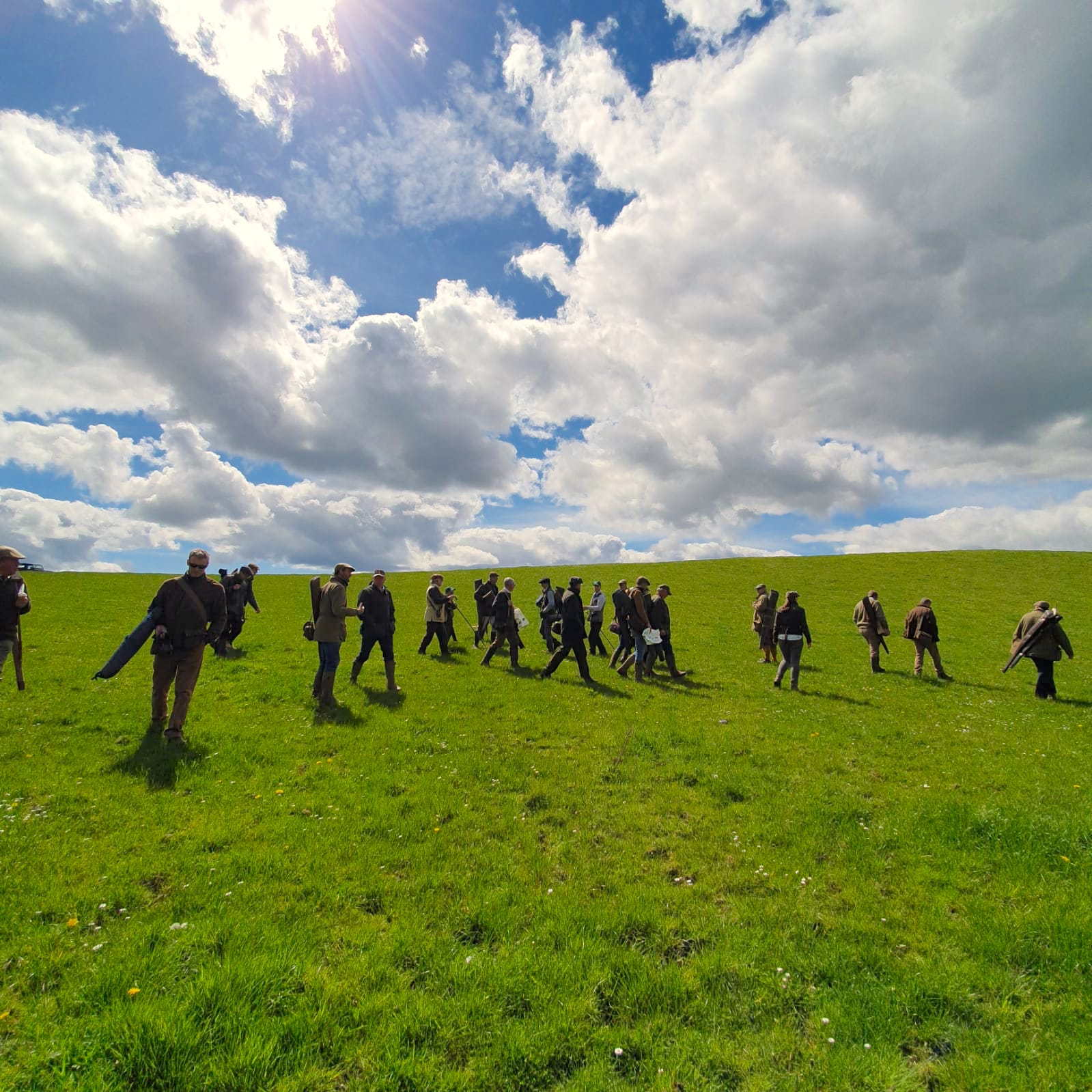 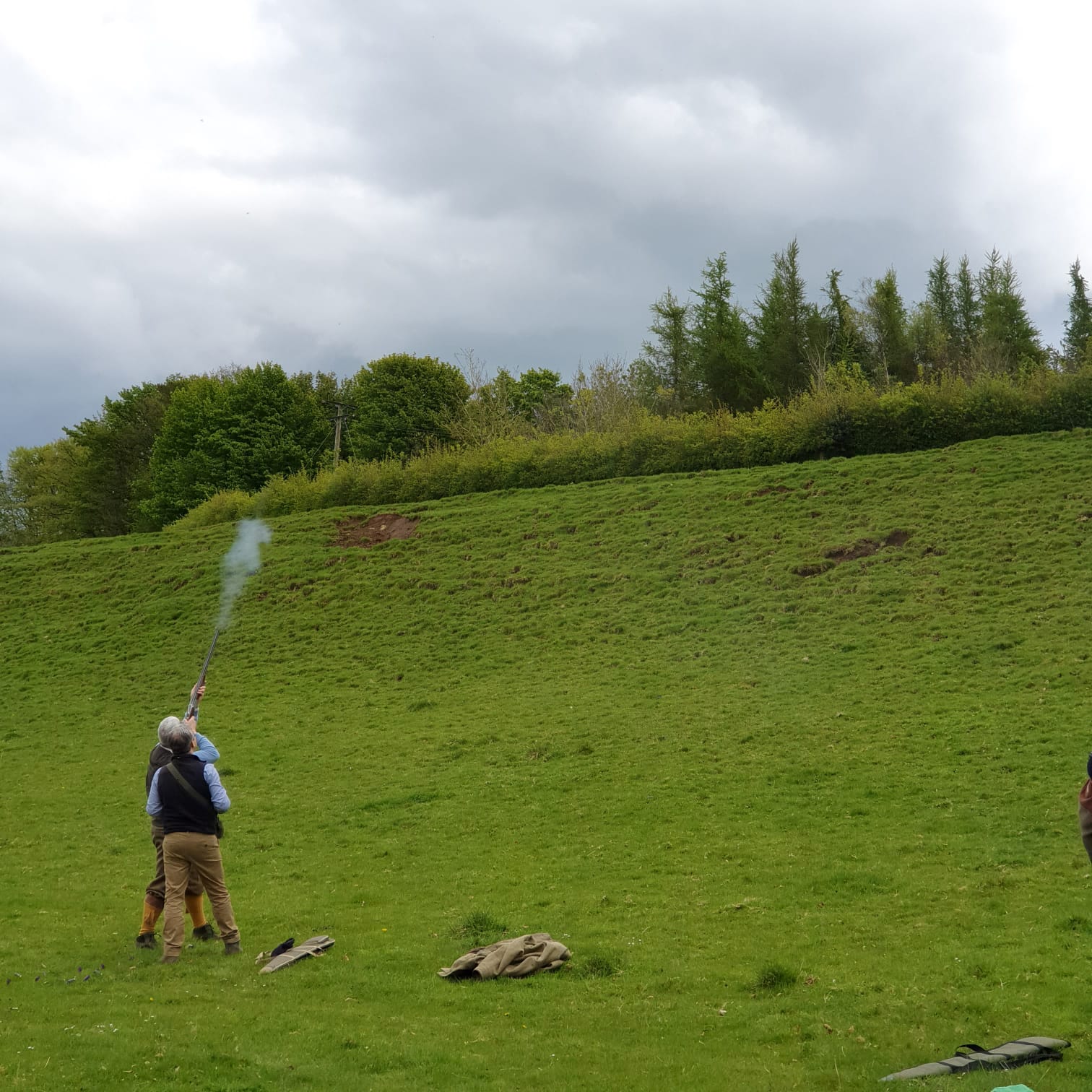 Teasses Simulated Clay Days are a fantastic way to perfect your eye for the coming season or just to get out into the fresh air and have all the fun of a shoot without the feathers. This new venture opens on Wednesday 15th July by pre-booked appointments. The day consists of several drives, elevenses and lunch. For more information contact our Head Keeper on [email protected]

Our new mobile simulated clay traps are now ready to thrill in the field. Experience the fun of a driven day by booking a simulated day with Kenny and his team.

Head Gamekeeper, Kenny Horne, takes us around the estate looking in more detail at the design of the woodlands and the importance of carefully managing the make-up of woods for the benefit of game birds and wildlife.

Kenny also takes us down to Teasses Loch to see some great fishing and the wildlife that benefit from the small fresh water Loch in the centre of the Estate.

For information about availability in our Syndicate please contact [email protected]

Gamekeeping and Conservation Diary May 2020

Our Head Keeper, Kenny Horne, uses his first Gamekeeping Vlog to explain the importance of carefully planning and managing woodland for game birds and in turn the benefits to native flora and fauna.

The Purdey Awards were set up in 1999 to celebrate outstanding game and habitat management in order to encourage good practice across the country sporting industry.

Our Head Gamekeeper, Kenny and his team have restored the landscape at Teasses since 1996 and have managed the restoration and re-introduction of natural habitat to Teasses. This has involved the planting of miles of mixed hedging, establishment of diverse deciduous and evergreen mixed woodland, the digging-out of a loch, ponds and waterways and the encouragement of native fauna and flora, wet-meadows, organic pasture and sensitive introduction of game species to support our country sporting enterprises.

We all know how much passion, sweat and tears Kenny and his team have put into the restoration of Teasses and now it has all been recognised by the receipt of a Purdey Award at a glamorous event in London.

Congratulations Kenny, Jordan and everyone who has helped along the way a much deserved award!

To find our more about the Purdey Awards and they work they do check out their website: https://www.purdey.com/shooting-life/purdey-awards

A review of the Teasses Shoot

The Season at Teasses now comes to an end and all the hard work of the previous months can be reflected on. It has been a tough year for raising game birds on the estate. First we had tremendous amounts of snow and wind in the early months which took us into what turned out to be a very dry summer, counting three days of rain from May to August – a very rare thing for Scotland. The drought across the summer decimated the insect population on the estate which in turn meant that our game birds were under some pressure. However the population of pheasants, partridge, woodcock and duck have proven once again to be fit and healthy. Raised on the organic estate the difficulties facing our game birds were soon forgotten as the rain clouds finally broke in late August. As soon as the wildflowers and grasses started to grow again, the insect population was quickly restored. The organic approach on Teasses supports the entire ecosystem of the one-thousand acres, not only the farm livestock but the native and natural inhabitants too. With a restored invertebrate population our birds soon fattened-up in time for the Season to begin.

The Shoot at Teasses this Season was particularly successful with guests visiting from all over the planet. We’d like to thank everyone who attended shoots at Teasses and we do hope you’ll quickly book up days for a repeat performance in the forthcoming Season. We’d also like to thank the dedicated gamekeeping team; Kenny, Jordan, all of the beaters and dog handlers. The days certainly wouldn’t have been such a success without your contribution.

We are pleased to share with you some insights from a regular guest and friend of the estate, James Field, who has shot at Teasses annually for the last ten years. The excerpts are taken from an article James wrote about a days shoot at Teasses.

…Teasses Estate in Ceres, which is situated in the rolling hills above Cupar is owned by Sir Fraser and Lady Morrison…and their home is a typical Scottish stone-built grand house, complete with turrets. The adjoining gardens are well worth a visit in the Spring and Summer months but this cold, late Autumn day was perfect for the pheasants, red-legged partridge, ducks and woodcock which abound and which are testament to the Head Keeper’s expertise in effectively developing the 1,000 acres of the estate laid out for shooting in 1996. Each time we have visited, we have experienced some of the best-presented birds I have known. Kenny Horne is the long time Head Keeper who together with his devoted team are very well organised and work like a well-oiled machine, with notably less of the loud whistling, yelling and hooting from the beaters than is found on some estates, and which often seems to intrude a bit too much into the peace of a beautiful country environment as the Guns stand quietly awaiting the first birds.

…We have been instructed to ‘show no mercy’ on this drive, called ‘Ruin Strip’, as it joins a neighbouring property, towards which the birds are driven, and sure enough, after a brief wait the birds start trickling towards us off the hill in such numbers that [the Guns] are often reloading. A lone woodcock crosses the line but all are reticent to address it. During a lull, a lone roe doe bounds across the line and gracefully leaps a fence. Some cracking high straight and crossing pheasants fall to my gun and everyone gets a good workout.

…Into the vehicles and on to the next drive ‘Lochan’; we drive our 4×4’s to the bottom of the estate and are advised to move into position quietly as we are to wait for some mallard to be driven off the lochan. Kenny firmly instructs the guns not to shoot any pheasants we might see until the first duck is addressed. Clever birds these ducks. We listen to them quacking and grumbling to themselves unseen, until with a dull roar they take off as one, climbing almost vertically and immediately gain height.

…We have an American guest with us; Joe, from the Southern US state of Georgia…he seems bemused but impressed by the structure behind Kenny’s presentation of the birds… He says he has never seen birds presented so skilfully in his own country. Joe is an avid shooter and a significant collector of firearms.

We arrive at the third of the twenty-two possible drives on this modestly sized estate…This too is one of my three favourites; known as ‘Pooch’, it is right in the middle of the estate and requires a walk, or more accurately, a stumble across a muddy field full of bog grass to the end of one of the more recently planted conifer woods from which the birds will be driven towards the Guns. There is a distinct air of anticipation. Again, some duck are expected but it is principally a pheasant drive, where they curl around and over the narrow wood from which they are driven. Before there is any evidence of the approaching beaters, the first birds suddenly appear and catch unwary Guns napping. I take a right and left as soon as the shooting starts and birds then arrive at a steady rate from a number of directions to test our reflexes. The horn blows. The morning’s shooting is over all too soon.

… Roll on next time! 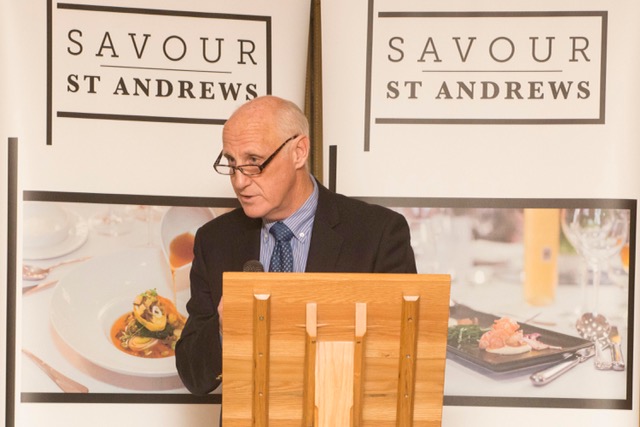 Kenny, our Head Gamekeeper, addresses an audience at the Savour St. Andrews event held earlier this month. Savour St. Andrews promotes local, sustainable, quality food and that vision marries up perfectly with the Teasses game we have to offer.

At the event chefs prepared Teasses Roe Ravioli and Canapés of Teasses Pheasant and Duck.

If you are interested in leaning more about the game products we have available at Teasses, please contact our Head Gamekeeper, Kenny. 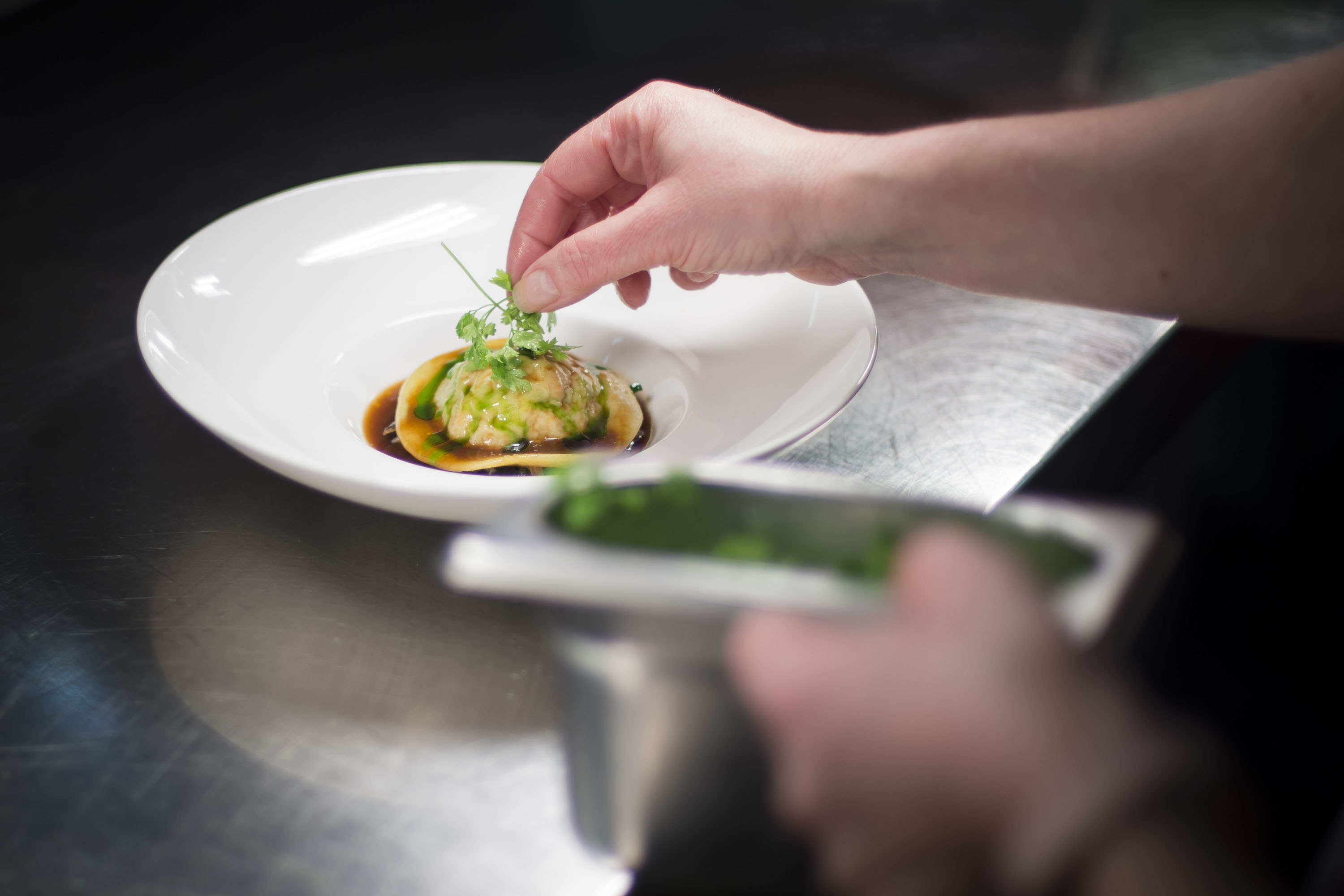 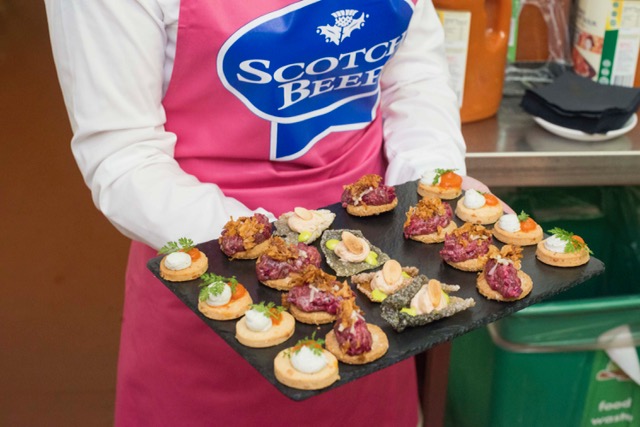 . B&F We had a wonderful time at the weekend, hos

Teasses Estate at the Fife Show 2022

. MAY IN THE GARDENS 🌸 Are you coming to see u

. PERTH WEDDING EXHIBITION We will be at Perth Ra

. MAY AT TEASSES We hope you all had a lovely Ea

. EASTER AT TEASSES Don't forget that tickets are

. IS IT THE WEEKEND YET? Have you booked your tic

. BYE WINTER, HELLO SPRING With the days getting

Due to the Covid19 pandemic some activities may not be available. Learn more Dismiss